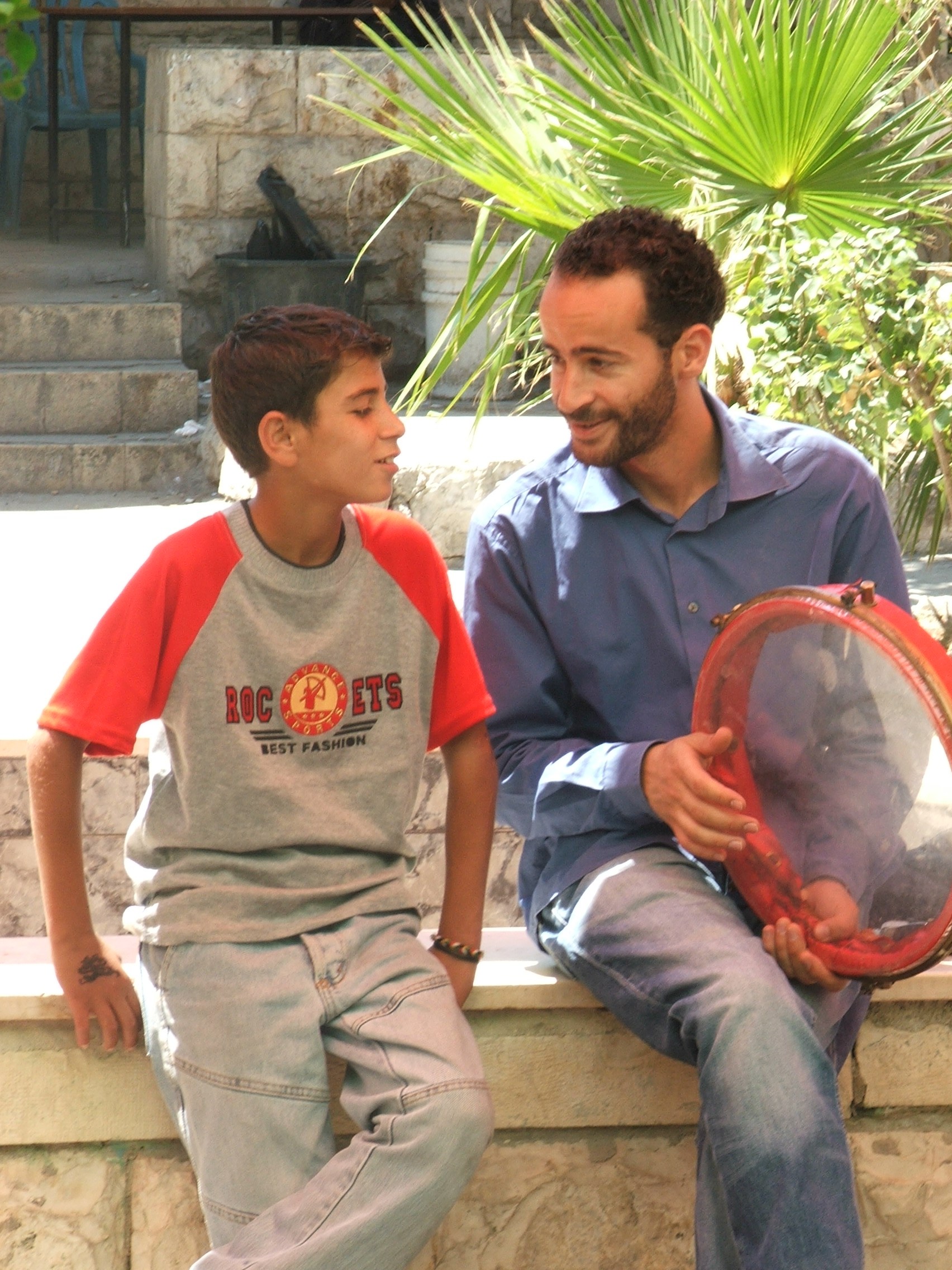 By Sandy Tolan, Anan Abu-Shanab, and Eman Musleh — On Wednesday, April 10, Oday Khatib’s stone-throwing trial was postponed.  Again. The Palestinian singer walked into Israeli military court and stood ready, for the third time, to face his accuser at Ofer prison near Ramallah.  But the accuser, an Israeli soldier, didn’t show up.  So says Oday’s father, Jihad Khatib, according to my colleague, Anan Abu-Shanab.  Oday, 22, the rising star singer whose arrest and incarceration by the Israeli occupying authorities has set off waves of worry and musical witness in Europe and Palestine, stands accused of throwing stones at Israeli soldiers, who arrested him while chasing a group of kids on March 19.  The penalty for such an offense, under Section 212 of Israeli Military Order 1651, is ten years in prison.

The law is so sweeping that Oday could have received the same sentence had he thrown a single stone at a road sign.

Interviews with Oday’s parents by Anan and our colleague Eman Musleh indicate their son is in good spirits, enjoying camaraderie with his fellow prisoners, if not the prison food and cold nights.  He has requested long underwear from his family.  Oday’s father, in his conversation with Anan, described Oday as generally “happy, comfortable, and not worried at all.” Anan reports: “Oday’s father says that everyone in the prison is happy with Oday, he is friendly with everyone, even the soldiers are very respectful and treat him well, because of that.”

One reason for Oday to be optimistic could be that, according to Oday’s father, the judge said that if the prosecution does not produce evidence by the next court date – April 17th – Oday will be set free.  This would be an exception; 399 of every 400 cases in Israeli military courts results in conviction.  For that reason, the optimism is muted.

Oday’s mother, for her part, remains worried – so worried that she cannot bring herself to go to the court.  Oday is the youngest of her five sons; the one who was always the smallest; the one whose powerful high child’s soprano voice captivated the entire refugee camp, and later, throngs of astonished concert-goers in France, Belgium, Italy, Austria, Norway, Lebanon, Dubai, Jerusalem and Ramallah.  She admits that Oday is the favorite of her sons.  “He is the closest to me,” she said.  “He’s so soulful and compassionate.”

When Oday was arrested, his mother was about to embark on the Umrah Muslim pilgramage in Saudi Arabia.  “I was praying for him, asking God to release him,” she said.  She only got a chance to speak to Oday a few days ago, and when she heard his voice on a cell phone from the prison, she burst into tears.  “But after he started talking to me, and telling me to calm down and saying everything is fine with him, I stopped crying just because of his great spirits.”

A few days ago, Oday’s former voice teacher, the British mezzo-soprano Julia Katarina, wrote that she hoped Oday was singing in prison to keep himself sane.  The interviews with Oday’s parents reveal this is precisely what he’s doing – so much so that other prisoners are competing to be his cellmate.

“He sings in the prison, and everyone listens to him,” says Oday’s mom. Added his father: “He is singing the songs he first sang, the songs that he sang for his brothers when they were in prison and when he first started singing.”

Among those songs is Oday’s signature ballad, Ghareeb, or The Stranger.  Another, roughly translated, is called “Darkness of the Prison.”  (Listen to a Youtube version here.)

Oh, darkness of the prison,

We relish the darkness

For nothing comes after night

Except a transcendent, glorious dawn

Oday is only one of more than 4,700 Palestinians in Israeli military detention.  Many of their families go through precisely what Oday’s family is facing.  But for Oday, whose voice has transported thousands of people who can’t even understand his words, there are many more people watching and waiting to see what will happen in the military court on April 17.