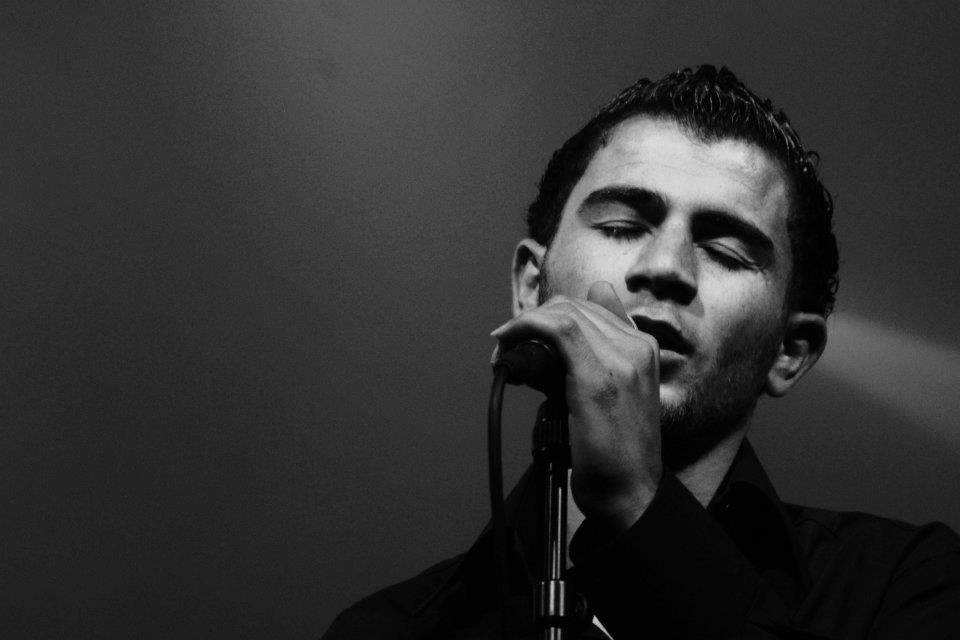 An internationally-acclaimed Palestinian singer has been arrested by Israeli military forces and accused of throwing stones, a charge that could send him to prison for up to ten years or more.

Oday al-Khatib, 22 years old, born and raised in Al Fawwar refugee camp near Hebron, was arrested on March 19 by Israeli soldiers who were chasing stone-throwing youths in the area.  He is a star singer of Al Kamandjati, the acclaimed Ramallah-based music school founded in 2005 by Ramzi Aburedwan, and has recorded and toured with various Arabic music ensembles in France, Belgium, Lebanon, Norway, Italy, Palestine, Dubai, Algeria, and Austria.  (Ramzi and Al Kamandjati form the main focus of my new book, and Oday’s story will be featured prominently in it.)

The apparent circumstances around Oday’s arrest cast doubt on the charges.  Oday, according to interviews with his parents, was waiting for a friend on a hill in Al Fawwar, and not part of the group of stone-throwing youths.  Jihad Khatib, Oday’s father, told a field representative for the respected Israeli human rights group B’tselem: “While Oday was waiting a group of kids threw stones at some soldiers who happened to be in the area.  And when the soldiers chased the kids, it did not come to his mind that the soldiers would go for him.  Otherwise he would have run away.”  Oday’s mother, in a conversation with Celine Dagher of Al Kamandjati, and his father, speaking with my colleague Anan Abu-Shanab, underscored that Oday did not believe he was a target of the soldiers:  “Oday did not run when he saw the kids running towards him,” Anan reports hearing from Jihad, “and then the soldiers came and arrested him.”  The family maintains that Oday was waiting on the hill for his friend, with whom he planned to have dinner, and that Oday’s cell phone log can prove that he called his friend just before leaving his house.

Perhaps more significantly, the charges against Oday appear questionable because until now, Oday has never been arrested or jailed, according to Celine.  For many Palestinians, throwing stones at soldiers who have invaded their territory is part of a long history of legitimate resistance to a 47-year illegal military occupation.  And though Oday’s brothers have clashed repeatedly with Israeli soldiers since at least 2002 –  after one brother, Rasmi, was shot in the shoulder in an Al Fawwar schoolyard and lost the use of his left arm – Oday has found his resistance to Israel’s military occupation through his singing.  “Oday is not like any other of my sons,” Jihad told the military court when the charges were brought against his son.  “He is not interested in throwing stones or getting involved in this.  Since he was nine years old he was interested only in music.  For you to keep Oday in the prison is simply an injustice.”

Oday, of course, is only one of thousands of Palestinians being held by Israel.  According to B’tselem, as of February, 4,713 Palestinians were held in Israeli prisoners, including 169 under “administrative detention,” which allows Israel to arrest and detain Palestinians indefinitely without charge.  The penalty for throwing stones can in some cases exceed ten years, and can apply to youths as young as 14, according to a report by UNICEF.

Oday has long been well-known in Al Fawwar as a singer of Palestinian resistance songs.  In 2003, he was “discovered” by Ramzi and a group of touring French musicians conducting workshops in Palestine in an effort to prepare the ground for the music school, which opened in 2005.  That year Oday began touring with Ramzi and his band, Dalouna, thrilling French audiences with his charismatic presence, wearing a keffiyeh around his neck and singing in his powerful boy’s soprano voice.

Oday was barely 14 when he took the French stage for the first time, looking out from behind the curtain to see nearly a thousand people waiting to hear him sing.  Fellow band members recall that he had no problem using his voice as an instrument to cut through the tabla, oud, clarinet and buzouk. He sang The Stranger, his signature song, scanning the crowd to see if he was connecting.  “Ramzi told me to sing from my heart,” Oday recounted in an interview with me last summer.  “I wanted them to understand my life.  I looked into their eyes with a special emotion.  They really listened.  The way I looked at them, I could tell whether they liked it or not.”

“He created an amazing quiet in the room,” Ramzi remembered.  “People were standing there with their mouths open.  And for the ones who understood Arabic, they started to cry.  Even a French girl, who understood the sadness, was crying.”

On March 13, six days before his arrest, Celine saw Oday singing live on television from Nablus.  The occasion was the Mahmoud Darwish award, named for the late Palestinian poet. “We were watching it with Ramzi and I told him it is strange, Oday does not sing as usual today,” Celine recalled.  After the concert, Oday returned to Al Kamandajti in Ramallah. He told Ramzi he hadn’t been able to focus on singing, because he kept thinking about his friend Mahmoud Altiti, from Al Fawwar, who’d been shot dead  by an Israeli soldier one day earlier during clashes in the camp.   Not long before, Mahmoud had noticed that his family and Oday’s were each adding another floor to their houses at Al Fawwar.  Mahmoud had predicted to Oday that one day soon, both men would be fathers, and that “we will both have our kids running around the camp.”

“He was thinking of  this while he was singing,” Ramzi recounted.

That was the last time Ramzi and Celine heard Oday sing.  His military trial is scheduled for April 3.  The conviction rate for such trials, according to a recent article in the New York Times Magazine, was 99.74 percent in 2010; in other words, about one in 400 accused was found innocent.  If convicted of throwing stones — at soldiers engaged in a military occupation internationally recognized as illegal — Oday Al Khatib, the celebrated singer known throughout Palestine and Europe, could receive up to ten years or more in an Israeli prison.