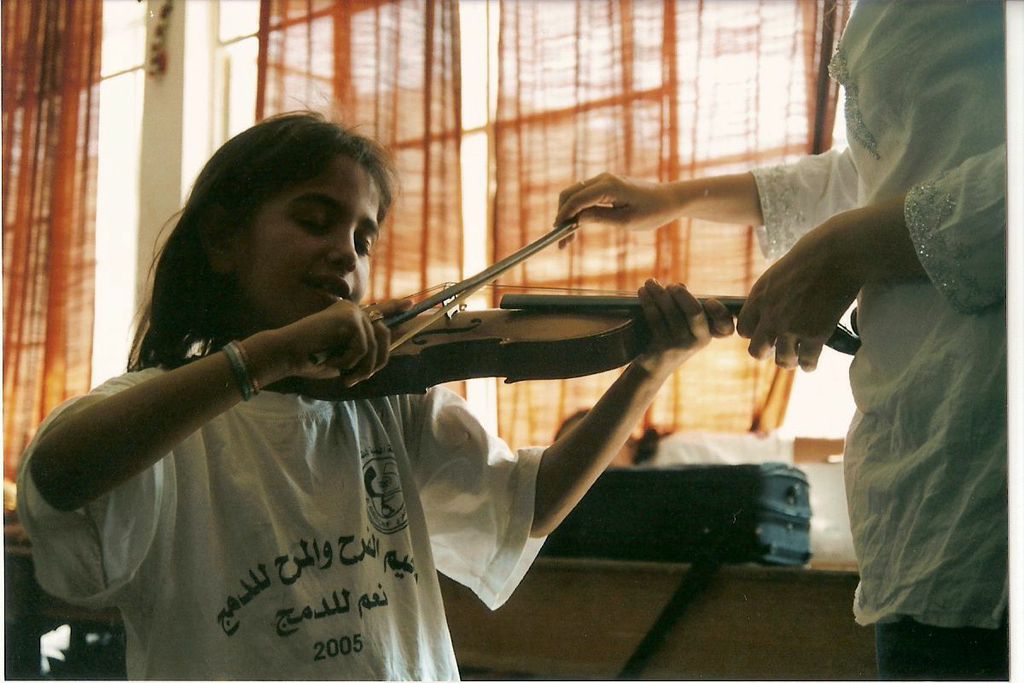 For the last five years, I’ve been reporting and writing Children of the Stone: The Power of Music in a Hard Land (Bloomsbury, April 2015), which chronicles the journey of musician Ramzi Aburedwan, a child of the first Palestinian Intifada, and his dream to build a broad musical presence in occupied Palestine.  Today Al Kamandjati (Arabic for The Violinist) has served thousands of Palestinian children through classes, workshops, annual music festivals, a instrument-building and repair center, and a summer music camp.

Now, amid great uncertainty in the Occupied Palestinian Territories, Al Kamandjati faces significant financial challenges.  I have rarely if ever used this space to solicit funds on anyone’s behalf, but few causes are more worthy than that of Al Kamandjati, which uses the power of music to transform the lives of Palestinian children under occupation.  About Ramzi and Children of the Stone, the famed cellist Yo-Yo Ma declares:

Please consider Al Kamandjati in your year-end charitable contributions.  If you need any more convincing, take a couple of minutes to see Oh This World, a short, moving music video from the West Bank produced by Al Kamandjati, which demonstrates how music can be a source of both inspiration and protection for children living under occupation.  Click here to make a tax-deductible contribution in the U.S., here in France, and here in other parts of Europe and elsewhere.

For more about Al Kamandjati’s fundraising efforts, and additional details on how to contribute, see this fundraising appeal.  I’m sending it on behalf of Ramzi and his wife and Al Kamandjati partner, Celine Dagher.