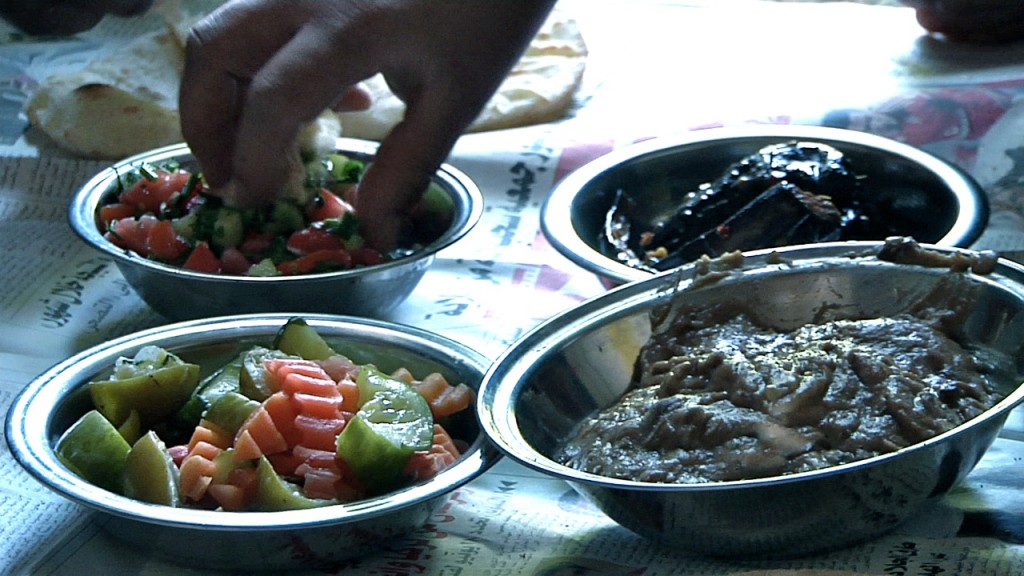 Anger over food prices helped contribute to the toppling of Hosni Mubarak. Through the story of one migrant family, we explore how displaced farmers, angry at agricultural policies that favor “crony capitalists,” now struggle to put food on the table.  Egypt:  Food for a Revolution will run tonight (Wednesday November 30) on PBS Newshour. Stay tuned for a link to the piece.   The story was reported by Sandy Tolan and produced and shot by Charlotte Buchen.  It is part of a new series, Food for Nine Billion, a collaboration between public radio’s Marketplace, the Newshour, the Center for Investigative Reporting and Homelands Productions.

Tonight’s broadcast of “Egypt: Food for a Revolution” launches our new series, “Food for Nine Billion,” an ambitious multi-platform media project that examines the challenge of feeding the world at a time of growing demand, changing diets, rising food and energy prices, shrinking land and water resources, and accelerating climate change. In the coming weeks, look for more stories from around the world highlighting various facets of the common struggle to provide a sustainable supply of food – whether it’s for an entire nation or a single family.