Friday’s horrific arson attack on a Palestinian home by suspected Israeli extremists, in which an 18-month-old Palestinian toddler was burned to death, was, as Israeli Prime Minister Benjamin Netanyahu declared, “a terrorist crime.” What he did not say was that the attack on the Dawabshe family home, in the West Bank village of Duma, fits into a larger pattern of settler violence and domination over Palestinian civilians that undermines any chance for peace in the Israeli-Palestinian conflict. 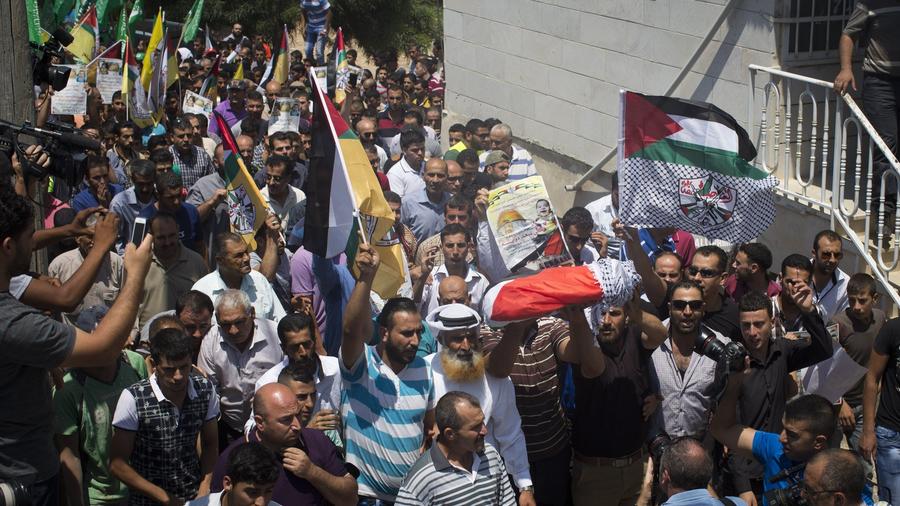 The body of an 18-month-old baby is carried during a funeral march on July 31 in the Palestinian village of Duma, in the West Bank. A house fire in the village, suspected to have been set by Jewish extremists, killed the child. (Oren Ziv / Getty Images)

The fire in Duma cannot be seen as a random event. Rather, it is the outcome of decades of Israel’s expansionist policies in the West Bank. Since the signing of the Oslo peace accords in 1993, the number of settlers has more than tripled, to 350,000, not including East Jerusalem — growth the so-called peace process failed completely to curtail.
Click here to read the full article or click here to join the #Duma conversation.
Tweet
Categories: Articles and Commentary